The King Constantine medal is presented to an individual or group of individuals from within the school community who have done unusual and outstanding service work and have thereby supported and promoted the IDEALS of Round Square.

The King Constantine medal is presented to an individual or group of individuals from within the school community who have done unusual and outstanding service work and have thereby supported and promoted the IDEALS of Round Square.

Often in schools, students do things because we require it. Sometimes students take action because the spirit moves them, and they think they can make a real difference in the world. Hand Out is a truly student-led initiative. It started a couple of years ago with students finding teacher-sponsors willing to support and learn with them. While the group's primary goal is to design a prosthetic hand and make a positive difference in someone's life, the students' use of the design cycle helps to ensure that feedback is ongoing and an in-depth learning process is occurring. 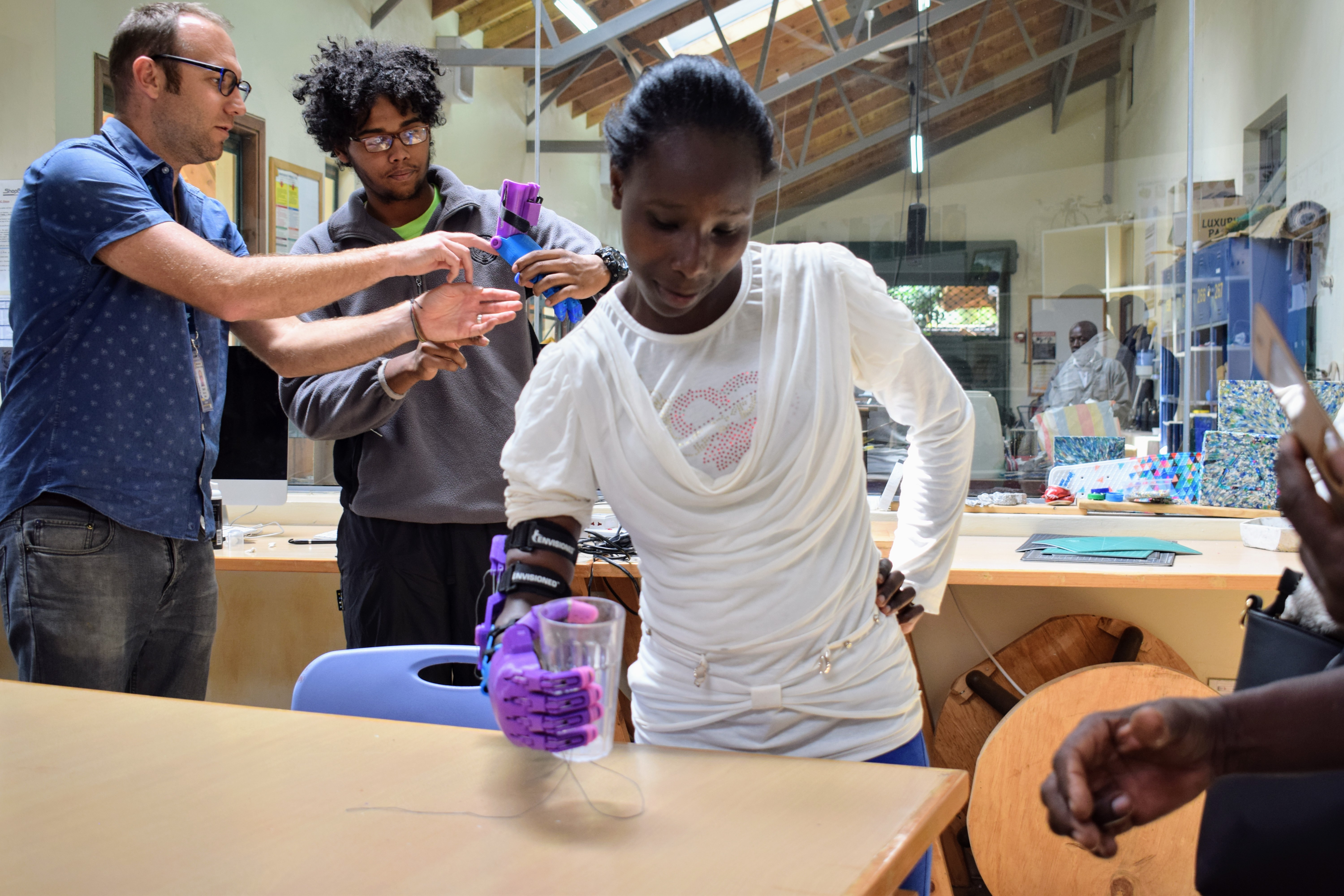 In an environment where students have not been 'given the answers' by teachers, real ownership and agency have emerged around this project leading the group to develop partnerships with other groups. For example, the group learned early on that creating a prosthetic hand was one thing, but finding a recipient and managing the human dimension of the work is another. The Hand Out group has both served as a role model for service learning at the school and laid the groundwork for ongoing service to humanity in the years to come.

During the past two years, The Handout club has managed to design and build over five different prosthetic hand prototypes using open source plans. The club currently has three recipients, whom they have built or are building hands for and with whom they are in continuous contact to monitor and evaluate the designs. The students have truly changed the lives of these recipients. 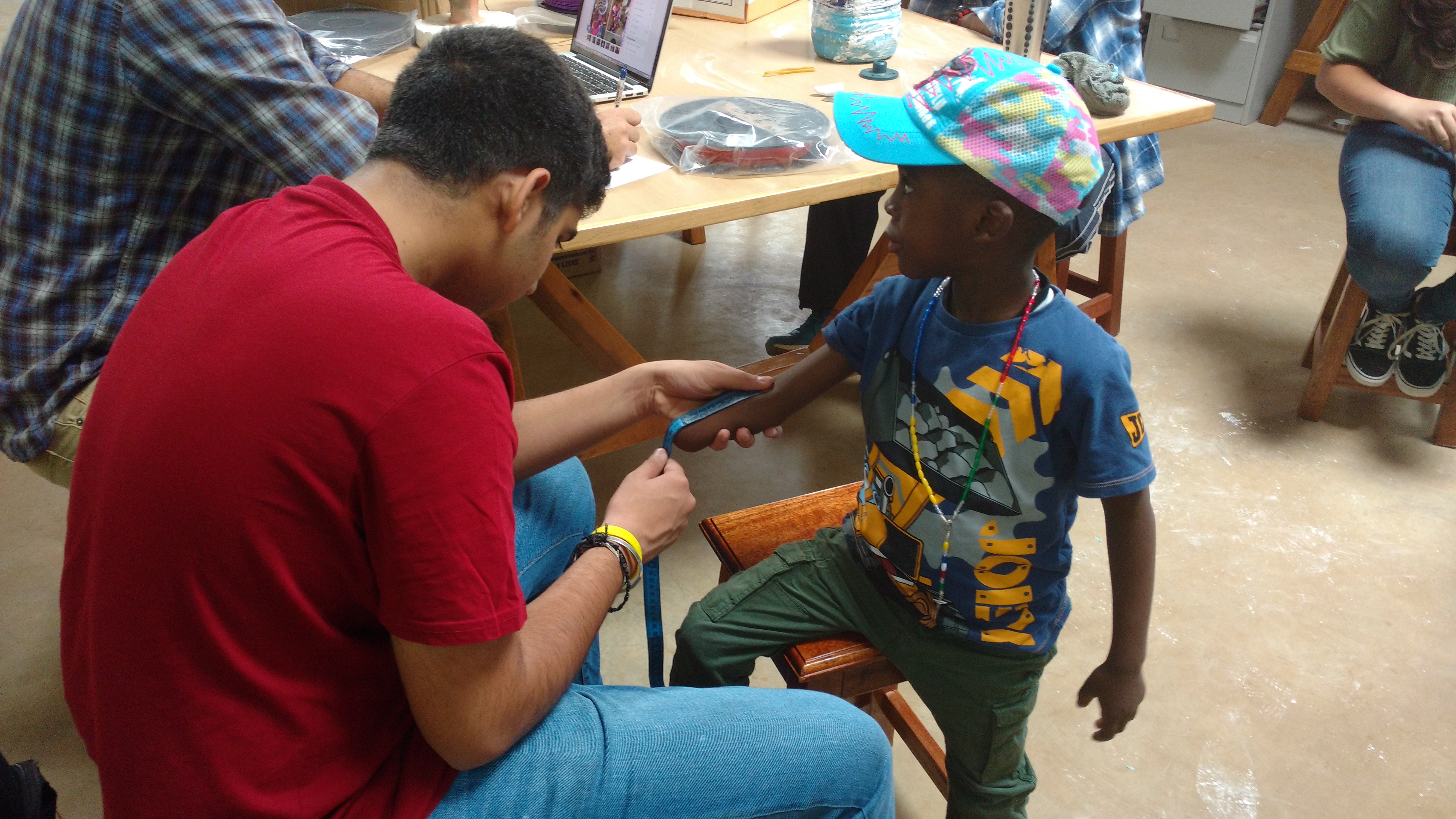 In addition, I am happy to announce that the Kurt Hahn Commendation award has been awarded to only five special students worldwide in recognition of an exceptional act of service to others. Amani Kiruga has been awarded this international commendation for his selfless work in service; this is a first for ISK. Amani chooses service projects that directly impact the Kenyan community as he has designed a method to supply 3D printed prosthetics, and has tackled the plastic pollution problem in Africa through his design thinking and prototyping initiatives.

ISK sees the pain of Black communities in the United States and around the world in the wake of the killing of George Floyd at the hands of the police. We acknowledge the profound effect that racially motivated violence and systemic injustice has on our colleagues, students and our extended community and their families. We stand united with our colleagues and community during this time, fully supporting and understanding the significance of the Black Lives Matter movement in our global and Kenyan community.

We as a learning community also recognize that words of support and solidarity must be accompanied by concrete and meaningful action. The Leadership Team will continue to support the important work that ISK’s Diversity Committee has done, and seeks to further grow and deepen our school's commitment to equity, inclusion and justice work. This starts with honest and vulnerable reflection on hidden bias, White privilege, and other impediments to true progress. We see this work being woven into each of the three strategic focus areas next year: teaching and learning, wellbeing, and intentionally expanding our inclusive community. We are committed to listening, learning and taking meaningful action to create a more socially just environment in our shared humanity and ISK community.